By admin
Posted October 5, 2017
In Right Priority Living, Uncategorized
3 Ways to Distinguish Between Being Off-Balance and the Juggle That’s Part of Growth2017-10-052017-10-05Christina Marie Weberhttps://www.christianbizownersonfire.com/wp-content/uploads/2017/10/work-life-balance1.jpg200px200px
0

I like scheduling my Facebook lives on Monday mornings when I’m fresh after a recharging weekend. Only this Monday I feel exhausted than I did last Friday.

It was a nonstop weekend that some crazy, involved parents may relate to.

You know…the kind that has you yearning to go back to work for a respite from the high-speed kid and family pace.

You will feel tired just hearing what we did!

Friday morning after taking my youngest two kids to school, I did a U-turn after receiving a call from my 16-year-old son Ian. He informed me he had been in an accident.

Well, actually it was a little more than a wreck….he totaled his new car turning left in front of an oncoming mini-truck.

Typically our pre-school mornings had been running smoothly, but this day was an exception.

I had accidentally thrown all Ian’s uniform pants in the wash when I woke up. I assumed they were all dirty since they were wadded up on the floor. He was delayed and standing in his shirt and underwear waiting for his pair of khaki’s  to dry.

Then he had a problem with the printer for the class assignment he thought he printed the night before. The toner waste container needed to be changed or the printer just wouldn’t play.

He tried taking the highway to school rather than the usual side streets to make up time.

When I got to the site of his collision a few blocks from his home, I was relieved to see him completely unscathed, especially when I learned that seven airbags in his vehicle deployed.

We had the “what did you learn” conversation about the importance of having everything ready to go the night before. My normally quite cautious teen was receptive to the prescriptions that are it is better to be late than to rush and risk your life or the life of others.

Ian’s not being able to drive, threw a curve in the already packed weekend plans.

Friday after school with another mom I hosted a group of 10 5th grades through very active experiential games in my son’s Kids 4 Jesus (K4J) Club.  After dropping my son’s friend home, I did a quick kid trade at the house. The younger two got to run in to change and grab a bite for dinner, while I rushed to take my oldest to the pre-game pizza tailgate party and game for his pep band.

I picked up the younger two and then I dropped my daughter off at her virtue-building Challenge girls club meeting. My youngest son and I packed for his family cub scout camping trip and clumsily coordinated borrowing a tent from a friend.

Then it was back to picking up my daughter and then my older son from the camp.

Saturday morning after daily mass and my prayer group, I caught an hour and a half of my youngest son’s football game. He rode to camp with a friend and his dad, while I took my daughter to cheer at her game. Another mom took her home, giving me time to conduct my Zoom coaching group.  Then my daughter and I packed for camp, headed there, cooked out, ate dinner, and both my daughter and son connected with their friends as we all enjoyed some family fun around the campfire.

After sleeping on the hard ground – yes,  will be bringing an air mattress next time – we were up at dawn packing our gear. I was able to squeeze in my Sunday morning bike ride before mass.  The kids and I ate out, picked up the groceries we ordered the night before, dropped Gianna off at the Pro-life rosary with her girls’ club and then to cheer practice.

I had signed up for my one-time cooking for 40 at my son’s Catholic youth group.  After a brief nap, my two sons and I were making brownies, salads, and spaghetti pizza pie.

We drove to the church where others helped us put together the meal. My daughter walked downstairs to meet us after cheer practices.  And I got the rare occasion to see my high school son hanging with all of his friends at his youth group as the little ones and I ate dinner before heading back to our completely trashed kitchen.

My oldest was at his youth group playing poker.  My youngest was chilling to some TV. My daughter finished her homework as I cleaned up the kitchen and finished unpacking from camp.

My more naturally balanced daughter said she felt tired from the weekend, and I agreed. It was  a wipe out. We normally don’t have all of those things going on. And I normally have some help with my 16-year-old driving.

But truthfully, there’s nothing I would not have done.

I am so pleased with how happy and connected my kids are and feel towards God, their friends, and our community. Because they are well-formed and surrounded by like-minded friends, I don’t worry about the choices they make when I can’t see them. They surround themselves with friends making prudent choices. I love how we work together to get things done, like with my boys and me working as a team making a big mess in the kitchen while pulling together the youth group meal.

At the same time I know I can’t and don’t want to keep up that kind of pace. And as an entrepreneur, doing so is deadly to growing my business and generating revenue.

He are three guidelines to tell if your life, in general,  is off-balance or if you are experiencing a normal uplevel juggle. Ask yourself the following questions:


But being a little off balance at home and sometimes at work when I am learning new things with some expansions in my business is not the same as being off balance. It’s an example of the periodic juggle that comes with having a full life, desiring a greater connection with God and others,  and wanting more than the average person.

Christian entrepreneur Biz and Life tip: Regularly review your choices measured against the outcomes you want in your life. Don’t get rattled by periods of feeling off-balance. But do live mindfully and make the necessary course corrections so that you have the right amount of work and play in your life. 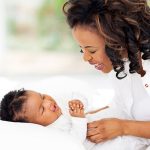 How You Do Relationships is How You Do MoneyBlog, Right Priority Living 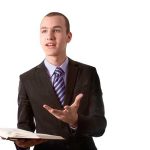 The Magic of Discovering Your GeniusFamily, Right Priority Living