As I write this post, I am on a plane headed to my first out-of-town speaking gig, over 900 miles away.  While I am excited to be invited to speak, the combination of traveling and preparing for the talk made my last couple of days quite hectic.  I was operating at a faster pace than I enjoy.

Whenever I hit bouts of busyness, I make it a point to still attend to self-care, though on a lesser scale, rather than ditch my routines. Knowing I’ve shown myself a little bit of attention when life gets hectic helps me not resent the times in my business when it demands more of me.

My 15-year-old daughter and I have started the tradition of going to the YMCA together several times a week. We go our separate ways once we get in the building, but the time driving to and from has been rich for both of us.

I  didn’t want to break my commitment with Gianna. So last night rather than tell Gianna that I did not have time to go to the Y, I chose to go. But I did let her know our trip would be shorter than normal.  I planned to squeeze in a mini workout before a scheduled phone call right when we were to get back. I calculated this would give me a few additional minutes to knock off a couple of other last-minute to-do items before I got on the phone.

When it was time to leave, I called Gianna on her cell to let her know where to meet me. Normally, she appears before the scheduled leaving time. But after five minutes there was no Gianna. Then almost 10 minutes past and there was no Gianna.  Now I was definitely late for my phone call and had to nix the other to-do tasks I planned to accomplish quickly before the phone call. Finally, I called her again and asked her to please hurry.

Across the room full of exercise machines, Gianna came rushing to me  with a worried look on her face. She was not wearing the glasses she had on when we arrived 30 minutes before. She told me she had set them down somewhere and couldn’t find them.

First, I was trying to think what the purpose would be of taking of your glasses and sitting them down somewhere, but I didn’t go there.

I calmly suggested to retrace her steps.

We went down to the first floor bathroom, which Gianna said was her first stop. We looked in both stalls and on the counter.  We fished in the pockets of the jacket Gianna had been wearing earlier. I had Gianna take everything out of her purse to see if she might have put them there. Gianna at first just moved things around in her purse and concluded that the glasses were not in there.

But then I said, “no, take everything out of your purse and put it on the counter”.  After emptying every compartment of her purse we looked in all of the compartments again – no glasses.  While waiting I texted the person I was supposed to have the phone call with and explained the situation and that I would be late.

While Gianna was putting everything back in her purse, I told her I would go to the front desk to see if anyone had turned her glasses in.

When I explained the situation to the front desk guy that my daughter had lost her glasses; we had only been here for about 25 minutes; and asked if any one turned in glasses in the last half hour.  With a smile on his face, the guy turned around, reached, under a counter, and put a pair of glasses in my hand. “Are these the ones?”

Relieved, I walked back to the restroom where Gianna was finishing reconstructing her purse. With Gianna’s glasses behind my back, I asked her if she prayed for help in finding her glasses. She said she did. Then with a smile I pulled my hand from behind my back to show her the glasses.  She let out a big sigh of relief. And we drove home.

While all of that could have been a stressful and a non-relationship enhancing experience,  it actually felt like an opportunity to build trust and grow closer.

It’s no different  in your business.

When you are trying new things or stretching yourself, you are going to drop balls, make mistakes, and, yes, lose things.  If you make a big production out of every thing that doesn’t go smoothly, it causes you more hesitation and anxiety about taking that next leap.

But the opposite is true as well.

Take your fumbles in stride and look at everything as a learning and growth opportunity. Learn how to treat the “little you” with love, patience, and understanding, and you will have far more cooperation from the unconscious part of you to keep stretching, growing, and evolving.

Christian Entrepreneurs Biz and Life Tip: Do an inventory of whether you speak to yourself when you make a mistake the way you would speak to a child that you love when he or she makes a mistake. 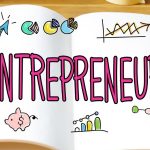 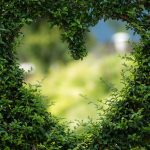