Hiking on the Trail of Life

Aryeh Green shares his two-month-long solo journey on the Israeli national trail. Along the way, he rekindled his love for God’s creation and found the strength to recover from his recent divorce, as he describes in his book My Israel Trail: Finding Peace in the Promised Land.

This trek across Israel represents life in an uplifting new perspective; even with the difficulties along the way, he strived to progress forward towards his goal. At the end of the journey, he emerged a new man, with a newfound connection to his land, people, history, and country… and peace of mind. This incredible story of self-discovery and personal growth can help anyone find the peace they’ve been looking for.

Aryeh Green is the author of the book My Israel Trail: Finding Peace in the Promised Land about hiking the 700-mile Israel National Trail and meeting personal challenges.  A well-known and popular speaker, Aryeh is also chief strategy officer for Gigawatt Global, a Jerusalem-based renewable energy platform for Africa.  A former senior advisor to Natan Sharansky in Israel’s prime minister’s office, he was also co-founder and director of MediaCentral, a Jerusalem project of HonestReporting providing services for the foreign press in Israel.  Born in Washington DC, a direct descendant of one of the first families of Jews in America, who arrived around 1730, Aryeh grew up in San Francisco, studied at UC Berkeley, and moved to Israel in 1984. In Israel, he earned an MA in international relations at Hebrew U and an MSc in business management from Boston U/Ben Gurion U; he is an IDF veteran and a business executive who has held various management positions in the private and public sectors.

Aryeh is a frequent and captivating speaker on Israel and re-asserting the legitimacy of Zionism, as well as on Jewish identity and spirituality, human rights, media issues, renewable energy, and Israel’s relations with Africa.  He lives near Jerusalem with his wife Miriam and enjoys the 9 children and (so far) 5 grandchildren they have between them.  When not promoting Israel and renewable energy, Aryeh grows grapes and makes wine.

Nurturing Children to Be That SparkPodcast 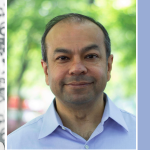