Our guest in this episode has a career that spans close to forty years.  Bob Brick is a third generation Traverse City, Michigan native, and has been called, ‘one of Traverse City’s natural resources.’  Bob is a gentleman considered a cornerstone in his community and is the top one percent of all Realtors in North America for over thirty years.  His sales represent over 400 million dollars in sales volume and he has earned the RE/MAX International Lifetime Achievement Award and in 1997 was named Michigan’s #1  agent. Bob believes that relationships are built through trust and authenticity and he strives to exceed expectations and succeed through a powerful work ethic.

But we aren’t going to talk about any of that in our interview with Bob today.

Today Bob will share his story and insights about a powerful tool he has discovered:  quantum physics. 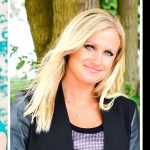 Design Your Dream Life: An Interview with Denise WalshPodcast 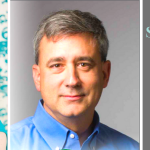