Modern society is constantly bringing in an overflow of information in the form of noise, visuals, and feelings. It’s difficult to escape the never-ending vortex of sounds because it’s the norm to be presented with so much information at once now. But what if we seek the truth in the opposite direction, in complete silence?

Rich Lewis found that silence can change your way of thinking. He started centering prayer, which is meditation in complete silence and slowly built up the amount of silence he could last until it became a daily part of his life. He found himself transformed as a result, with peace of mind and heart. He believes that even as society pushes its noisy agenda on you, centering prayer can help ground you and complement your other forms of prayer as well.

Since 2014, Rich has been practicing centering prayer wholeheartedly. He is a speaker and coach who dedicates himself to educating about it since he wants everyone to experience the same inner transformation he did. He also authored Sitting with God: A Journey To Your True Self Through Centering Prayer. His whole life has been dedicated to inviting others to share his journey in silence. 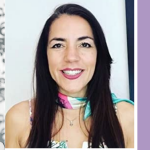 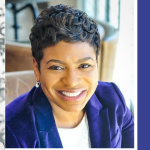