Tithing to a six-figure income

An old saying goes, “We make a living by what we get, but we make a life by what we give”. But what if you are told that you do not just give, but to give a percentage of what you are actually earning? The first ten percent, to be specific. This is called tithing.

When it comes to the topic of tithing, many Christians want to rationalize. For those who find themselves in financial trouble, tithing doesn’t make sense from an economic standpoint.

One person who found himself questioning the Bible teaching of tithing led him to an experiment that changed the course of his life.

Michael Holmes, the founder of tithehacker.org, shares how a ”tithing experiment” took him from unemployed, broke, and in debt to a six-figure income in a matter of 2 years.

Check out Part 1 of his interview here. 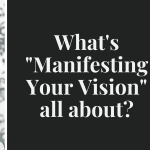 What’s “Manifesting Your Vision” all about?Podcast 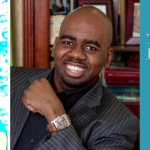 The Secret Success Habits of Christian Millionaires (and Billionaires): An Interview with Michael Holmes (Part 2)Podcast